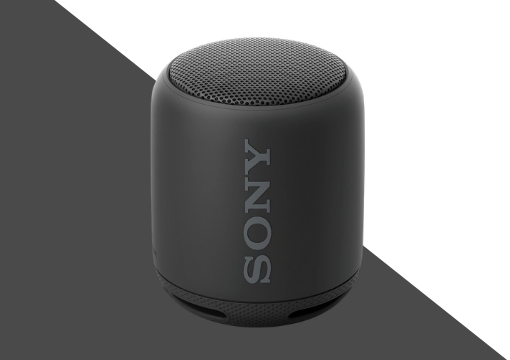 Check Out On Amazon

Sony SRS XB 10  is a small portable wireless speaker that is the size of a soda can but smaller.

When it comes to battery life sony says it has 16-hour battery life. During my use, I got around 15 hours playing Music at 50% volume and then wanted to play Music at 70% volume. I got about 13 hours, so overall, I’m satisfied with the battery. I can easily make it last a week.

The next feature I would like to talk about is the IPx5 certification. SRS xB 10 is water-resistant and not waterproof, so you can take it out while it’s raining, but you can’t drop it in the pool.

The speaker has NFC capability, and it can also connect to two wireless speakers for stereo sound.

I like the build quality of the speaker. It doesn’t feel expensive, or does it feel cheap? Not at all, It feels just right. The body of the speaker is mainly covered with rubber; the top part has a metal grill covering the speaker. The middle section is covered with soft rubber, while the bottom one has a more grippy rubber.

The speaker feels robust and durable. It doesn’t feel like it’s going to break if I drop it. I’ve dropped the speaker even though this isn’t shockproof. But the speaker survived. I was tossing it around, and it felt, but nothing major happened. The speaker didn’t crack, but there were only like two or three deep cuts on the bottom of the speaker, but still, the cuts aren’t that noticeable.

You can find the media control buttons near the bottom. There’s no dedicated forward or backtrack buttons, but there’s a multi-function on pause and play button to skip tracks or answer or decline calls.

Next to it, there’s an Add button to connect another speaker. Underneath it, there’s a mic; then there’s the volume up and down button. At the very end, there’s the power button; all of the buttons are quite responsive; it’s easy to press, and it’s tactile.

Now the last thing to talk about is, of course, the sound quality. It has a single 5 watt 46-millimeter driver with a single passive radiator that can produce the right amount of bass for its size.

Unlike other smaller speakers, this one does a pretty good job with deep bass. Sony has a feature called extra bass, and it works on this bass punchy and clear. It doesn’t distort unless you’re playing like you know bass booster song and playing it at a hundred percent then it will take just a little but other than that it can handle Music pretty well in a second I’ll do a quick sound test I like how the speaker sound it can get pretty loud enough to fill a medium-sized room and the speaker is great to listen to by yourself or with a couple of friends

So, Finally, I like the speaker has a good battery life it’s water-resistant, and it’s small and sounds good.